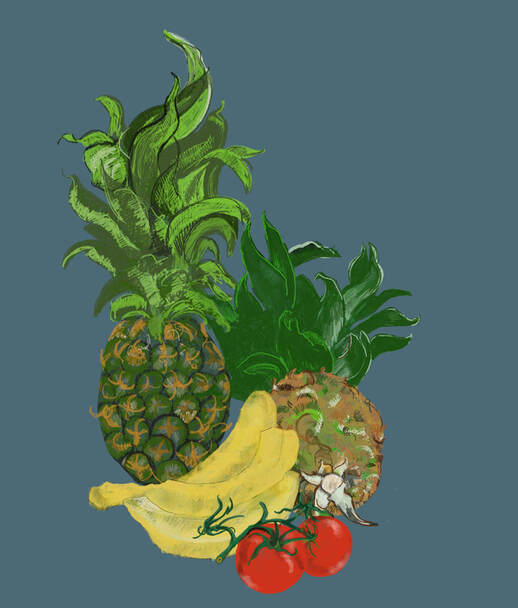 Carbohydrates are the body's principle metabolic fuel in the form of Glucose and  provide 4 Kcal/g of energy. Glucose is the preferred form of energy used by the brain. In the absence of Glucose, for example, during periods of fasting or carbohydrate restrictions, the liver will break down fatty acids to form Ketone bodies, which are then used as an alternative form of energy in the heart and muscle. Ketone bodies are able, like Glucose, to cross the blood-brain barrier and can therefore be utilised by the brain. In normal conditions the body will produce Ketone Bodies, however their concentration is kept low and any excess excreted by the urine. Excess reliance upon the use of Ketone Bodies will produce a state of Ketosis. ​

Ketone bodies are toxic and create a more acidic level of blood PH. The body will expel what it does not require through the urine and the respiratory system. The breath will take on fruity smell due to the acetone produced.  ​​The use of Ketones can also signify the body's inability to use Glucose effectively, as in Type I Diabetes. In this condition there will be a build up of not just Ketone Bodies but also Glucose in the Blood. The blood will become more acidic and the excess glucose excreted within the urine. This condition is know as Ketoacidosis. The Kidneys will become overwhelmed and the excess glucose will cause the removal of water and electrolytes from the blood which will then be excreted, leading to excess urination, resulting in dehydration. The body will attempt to compensate for this by increasing thirst. Typical symptoms of Ketoacidosis would include; excessive thirst, frequent urination, nausea and vomiting, abdominal pain, weakness or fatigue, short rapid breathing, fruity-scented breath, and confusion.  Ketoacidosis is a medical emergency and needs to be treated.

Carbohydrates also play an important regulatory role within the body. This is particularly the case within the digestive system, where they have a beneficial effect on intestinal flora. They act as a prebiotic, providing the microflora with energy. Microflora in return have many beneficial properties: helping to break down toxins, synthesise some vitamins, and supporting the immune system. The fibre contained within plants aids in regulating the absorption of nutrients, facilitates the elimination of waste, and increases the satiety value of a meal. Combined with proteins they form glycoproteins and with fats glycolipids. Glycoproteins have numerous functions, including; structural in the form of collagen, lubricant as in synovial fluid, and protective as in mucin. They are also found in transport molecules such as Transferrin, which carries iron, and the Thyroxine-binding globulin which carries the thyroid hormone in the blood. Some hormones are also glycoproteins; Follicle-stimulating hormone (FSH), Luteinising hormone (LH), Thyroid-stimulating hormone (TSH) and the human chorionic gonadotropin (hCG). Immunoglobulins are also glycoproteins and play an  important role within the immune system. Glycolipids help maintain the stability of the cell membrane, and also facilitate cellular recognition, play a  role in the body's immune response, the regulation of  cell growth, and its Apoptosis (cell death).

​Carbohydrates are broken down, initially by salivary Amylase and then by Pancreatic Amylase into Glucose and Fructose and assimilated Into the bloodstream. The presence of Glucose in the bloodstream causes the release of Insulin which enables the glucose to enter cells and then used as a source of energy. Fructose does not cause the same rise in Insulin levels and usually passes to the liver where it is then converted into Glucose before being used. The liver can use Fructose without requiring Insulin. Excess Glucose in the blood is removed and stored as Glycogen and stored within the Liver and Muscle, and converted back into Glucose when levels in the blood drop.

The effect of different Carbohydrates on blood sugar levels can be measured in the form of the Glycemic Index.